Venue/Date: Beausejour Stadium, St Lucia, 1 May 2010.India won toss and elected to fieldT20 debut: Murali Vijay (India)Player of the match Ashish Nehra Result: India won by 2 wkts. India cruised to an easy seven wicket win against Afghanistan at St Lucia in their ICC World T20 opener on Saturday. Chasing a modest total (116), the champions of the inaugural edition romped home with 31 balls to spare. India began on an aggressive note, Murali Vijay a boundary over mid-off followed by a maximum over deep midwicket off Dawlat Ahmadzai’s first over. However, the bowler struck in his second over, having Gautam Gambhir (4) caught by Mohammad Nabi at cover point. Shapoor Zadran was miserly in his first couple of overs, giving away just six runs. Despite losing Gautam Gambhir early, Raina and Murali Vijay have kept the scoreboard ticking along at a good pace in pursuit of a victory. Samiullah Shenwari trapped Suresh Raina in front of the wickets to give Afghanistan more reason to cheer in their opening encounter against India. Vijay has carried on from where he left in the IPL while Yuvraj Singh seems like getting back to some kind of touch with India nicely placed for a win against Afghanistan. The Vijay-Yuvraj partnership then took over the proceedings, with the former hitting successive sixes over long-off off Nabi. Hamid Hassan got Murali Vijay to hole out to Shapoor Zadran in the deep after the opener cracked 48 to help India land on the door-steps of an easy win. In came captain MS Dhoni (15 not out) and he ensured an early end, smashing successive sixes off his Afghanistan counterpart Nowroz Mangal. Earlier, batting first Afghanistan were able to make 115 for eight. Ashish Nehra picked up three wickets and Praveen Kumar pocketed two as Afghanistan found themselves all at sea against India at St Lucia. That’s the first one down for Afghanistan. Karim Sadiq tried to pull one away from Nehra but ended up gloving it to MS Dhoni behind the stumps. Mohammad Shehzad goes and Nehra gets his second wicket. The ball seemed to brush past the helmet on its way to Dhoni but India will take … [Read more…] 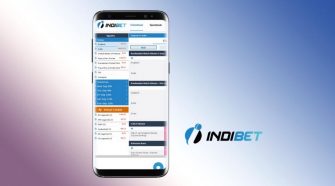