Saina Nehwal and HS Parrony, professional badminton sportsmen, have been tested covid positive in their third covid-19 test after they reached Bangkok. Saina was taken back from the tournament due to her medical condition, and her husband was also withdrawn from the game forcefully, while he was also the suspect. Saina’s husband Parupalli Kashyap was scheduled to play on Tuesday with Jason Anthony Ho Shue of Canada.

He was tested negative but still was taken to the hospital as he was also the suspect. Saina and Prannoy were quarantined for 10 days in the hospital, according to the rule in Thailand. After the test, all the other Indian players were allowed in the game after being tested negative in the Covid test.

Paronny and Saina were tested negative once more before this along with Parupalli Kashyap during the wedding of Gurusaidutt. All of the players were quarantined and each player was quarantined in a single room so none of them was affected.

Saina and Paronny were quarantined in different rooms and were taken care of by doctors and were served in their rooms separately.

Next 1xbet app cricket – Is it a Trustworthy & Certified betting platform? 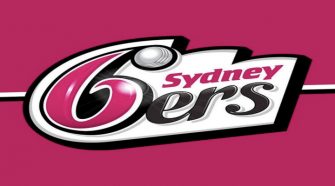