Indian cricket team failed to reach semi-finals in 2010 T20 Cricket world cup. Despite having talented and experience, they failed to win a single game in Super 8. Mahendra Singh Dhoni became a hero for Indian cricket fans after 2007 T20 world cup victory but Dhoni became villain after this disastrous tournament.

1. Captaincy: This is the worst performance by an Indian captain in the last 10 years. I have never seen an Indian cricket captain commit so many mistakes for so many times in every match they played.

There used to be many instances in past where captains were removed after a debacle in world cups.

2. Commitment: I saw many Indian teams played badly in world cups but I never saw an Indian team approach a world cup so casually. They just thought that it was just another IPL match. It is an unforgivable offence. There were times where teams used to plan their strategies for months for world cups. Except Australia, no team took this world cup seriously.

3. Team selection: When Indian team was announced, I wrote that this Indian team may not even reach semi-finals. It is full of out of form players; if they are in form – they have fitness problems. If this is not enough, they have management which is committing blunders.

4. IPL: They played in IPL in hot Indian summer. They are jaded physically and mentally. Indian cricketers have talent but they failed to gel like a team. Great teams can only win world cups in any game but not stars. Stars may help you to win some games but not world cups.

5. Poor batting: We all know Indian bowling lacks penetration and is not of high quality. But, what about our famed Indian batting! Except Suresh Raina, no Indian batsman failed to cross 100 runs in 2010 T20 world cup (5 matches – 100 runs – except Raina, no one scored more than 100 runs in all 5 matches combined!!!!)

6. Warm-up matches: They have not played in a single warm-up match. I failed to understand BCCI planning. 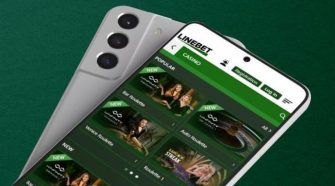