Third edition of ICC T20 Cricket world cup will be held in West Indies. 27 T20 cricket matches will played over 17 days at 3 venues. Pakistan will play as defending champion in group A.

Group A: Pakistan (A1), Australia (A2) and Bangladesh

ICC World Twenty20 can be described as the international championship of Twenty20 cricket, which is commonly known as T20 cricket. As the name suggests, the game is organized by ICC (International Cricket Council), the governing body of cricket in the world. The inaugural tournament of the ICC T20 World Cup was held in the year 2007, in South Africa and next 20/20 World Cup in England from June 05, 2009.

Twenty20 Cricket World Cup 2007 stretched on from 11th September to 24th September, with India winning the championship, after defeating Pakistan by 5 runs (in Johannesburg). Just like the inaugural event had, all the tournaments of the Twenty20 Cricket World Cup will comprise of 12 teams, which will include all the Test-playing nations. Right now, it is expected that the world cup will held around every two years.

Talking about the qualification for playing the ICC Twenty20 World Cup, all the Test-playing nations receive the same automatically. As for the rest of the places in the 12-teams championship, they are filled by ICC associate member nations, also known as qualifiers, on the basis of a qualification tournament.

The hosts of ICC T20 Cricket World Cup are decided on the basis of the bids made by the nations interested in holding the championship. It is the executive committee of International Cricket Council (ICC) that votes on the bids, selecting the host country. It had been decided that the first two tournaments will be held in South Africa and England, since they had opted the T20 format in the earliest stages only. The hosts of ICC Twenty20 World Cup, till 2014, have and will be: 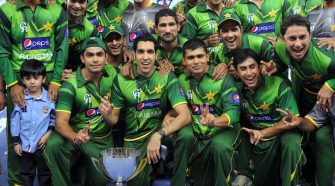