The World Twenty20 in the West Indies follows the Indian Premier League. List of top batsman and bowlers reveal the players who could make the difference between delight and disaster.

The lists of the top 10 batsmen and bowlers in West Indies in 50-over cricket reveal that South Africa, Sri Lanka and New Zealand have the personnel for success. The list does not include West Indians or players who are not slated to appear in the tournament.

There are also some handy pointers to which players and teams will be successful thanks to the quirky nature of the Caribbean pitches. One could be forgiven for thinking that the quick-quick-slow reputation of surfaces in West Indies can make it hard to decide which batsmen and bowlers are going to shine. Whereas in India we know that stroke makers and seamers can often struggle and in England sloppy technique or a spinner is a recipe for misery, an all-round game appears to be key on the varying surfaces.

South Africa look particularly well equipped. They have three players in the top 10 of batsmen. Jacques Kallis has scored more runs than any other player in 50-over matches in the Caribbean.

Herschelle Gibbs is the second highest run scorer of players who will appear in the competition. It means South Africa have the potential to field the most reliable front three. If Kallis is paired with Graeme Smith, who is No 7 on the list, at the top of the order then South Africa could take some stopping.

Mahela Jayawardene, Sanath Jayasuriya and Kumar Sangakkara (No 11) suggest Sri Lanka could go one step further than World Cup runners-up a year ago. Jayawardene and Jayasuriya have had differing fortunes in the IPL, good and bad respectively, but with Sangakkara the highest-ranked wicketkeeper.

India has only one player in the top 10 of lists, batting and bowling. Poor Yuvraj Singh is lonely indeed at No 9 on the batting lists.

Australia also has only one representative on the batting lists.

Muttiah Muralitharan, with 29 wickets, is the most successful bowler. Lasith Malinga, who has slung Mumbai to the top of the IPL tree, is tied fourth.

Surprisingly, it is New Zealand who dominates. Daniel Vettori, Scott Styris and Shane Bond have 49 wickets between them. Although the tournament is likely to be won by the team which can hit the ball furthest and most often, the Kiwis have more than a squeak of keeping the big guns quiet. 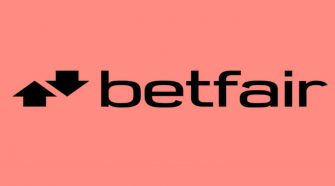