When you think Afghanistan, you think of bombs in bazaars, landmines on roads, guns, abject poverty. But come May 1st, Afghanistan will play India in its first T20 World cup match ever at St. Lucia in the West Indies. Afghanistan managed to qualify for the tournament by beating Ireland and U.A.E. in the qualifiers in February.

Other teams in group C: South Africa and India

Prediction: May not win even a single game due to tough opponents in group C.

Plus points: Unpredictable nature of T20, Lack of high expectation and lack of any idea on team.

This event was met with great outpouring of joy in the streets of Kabul. These victories put Afghanistan in group C, considered a tough group, as India and South Africa, both strong teams are the other members. Afghanistan will play South Africa on May 5th at Barbados.

But these teams cannot afford to take Afghanistan lightly. The team members are a hardy lot as they have literally grown up in a conflict zone with their lives perpetually at risk. One can’t expect such a team to be a meek minnow. The coach, Kabir Khan, is a former Pakistani fast bowler. He is confident that the Afghans can beat any other team. Most of the team members have learnt cricket from their neighbour, Pakistan.

Last year, the President of Afghanistan, Hamid Karzai, granted permission to set up a national cricket board. Though the finance ministry has earmarked funds for the national cricket team, there is a lack of facilities, with Kabul, the capital having only 1 cricket ground.

The 15 member Afghan squad consists of the following members :

Nawroz Mangal (captain): Mangal has been the captain of the national side of Afghanistan since 2007 . He is a right handed batsman and also bowls. This 25 year old made his debut against Oman in the 2004 ACC trophy. He scored 271 runs and was the leading Afghan scorer. His childhood was spent in refugee camps.

Mohammed Nabi: He too is a batsman as well as a bowler. He took up cricket at the tender age of 10. He has the valuable experience of playing for the Marylebone Cricket Club (MCC). He was the leading wicket taker at the ICC World T20 qualifier having bagged 13 wickets.

Karim Sadiq: He is a batsman , keeps wickets and is also a bowler. He has been in some controversies, quitting the team when coach Kabir Khan dropped his brother Hasti Gul from the team. He was also suspended for 1 match last year for ‘inappropriate and intentional physical contact’ in a match against Netherlands.

Mirwais Ashraf: He is a batsman as well as bowler aged just 21 years.

Rais Ahmadzai: He is another all-rounder in the Afghan team. He grew up in a refugee camp in Pakistan and is supposed to have fashioned cricket bats out of wooden planks in his childhood.

Dawlat Ahmadzai: He is a right handed batsman and fast bowler. He took the first ever wicket for Afghanistan once it acquired one-day international status in 2009. It however could not qualify for the 2011 World Cup. He became the first Afghan player to take 5 wickets in a first-class match. This was against Ireland in the ICC Intercontinental Cup match played in January.

Mohammad Shahzad: He is a right-handed batsman as well as a wicket-keeper. He became the first Afghan to score a century in a one day international match against Netherlands in 2009. He scored 110 runs and Afghanistan won the match. Shahzad played an important role in the Afghan team in the ICC World Cup T20 qualifier.

Hamid Hassan: He is a fast bowler and was the first ever Afghan to play at the Lord’s when he represented MCC. Though his family always tried to discourage him from playing cricket, he played the game secretly. His 12 wickets played a prominent role in qualifying for the T20 World Cup.

Samiullah Shinwari: He is a 22-year old right handed batsman and leg-break bowler.

Noor Ali: This 21 year old, scored a century in his first class debut match against Zimbabwe XI. He followed it with a century in the 2nd innings of the match also. He became the fourth player in the world to have hit centuries in both innings of a debut first class match.

Asghar Stanikzai: In the ACC Trophy tournament of 2010, Afghanistan won the cup defeating Nepal in the finals. Stanikzai scored a total of 253 runs, the third highest in the tournament. This included 151 runs scored off 81 balls against Bhutan.

Shahpoor Zadran: He is a left-arm fast-medium bowler. His one day international debut was against Netherlands in 2009 where he scalped 4 wickets yielding 24 runs from 10 overs. Afghanistan however lost the match.

Shabir Noori: At 18 years, he is the youngest member of the team. He was a member of the Under 19 team in 2007. In his first class debut match in January 2010 against Ireland, he scored his maiden fifty in the 1st innings.

Sayed Nasrat and Shafiq Shafaq are the remaining members of the team.

Irrespective of whether the team performs or not, the world will be happy that this war-torn country, where carrying guns is second nature will be sending a team armed with bats and balls, to participate in a game called cricket. 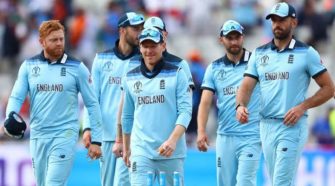