Cricket has got richer in last decade but for West Indies, despite being one of oldest teams and plenty of fan following, health of wealth isn’t improving (at the exception of few players who’re collecting handsome checks from IPL in India and T20 Big Bash in Australia). It’s important for International community to save West Indies cricket and hence ICC has given Caribbean World cup 2010, just 3 years after hosting 2007 edition.

West Indies a spinner away from having the perfect balance. A semi-final spot is within their grasp when you consider that the key ingredients are covered: fast starts (Chris Gayle), middle order power (Shiv Chanderpaul, Ramnaresh Sarwan, Kieron Pollard), solid allrounders (Dwayne Bravo and Darren Sammy), death bowling (Jerome Taylor). They probably won’t win it, but they could go mighty close.

Chris Gayle is quite experienced now as captain but his form with bat hasn’t been upto the mark and hence hasn’t inspired his team. Return of Ramnaresh Sarwan and Shivnarine Chanderpaul will strenthen Windies no end. Sarwan & Chanderpual have missed plenty of cricket in last one year and will form a strong middle order for West Indies squad with stylish Narsingh Deonarine. Andre Fletcher, the explosive right hander who can also keep the wickets when required and Wevell Hinds, the left hander, are the two openers selected to partner Gayle and utilise the power play overs.

Dwayne Bravo and Keiron Pollard are two vital allrounders in West Indies team for World T20 2010 tournament but Derren Sammy is no force to ignore for opposition. These three more or less will define Windies fortunes in the 16 day championship.

Kemar Roach, capable of speed around 150kmph, will lead West Indies pace attack with Ravi Rampaul who bowled his heart out in West Indies 2 months ago. Jerome Taylor is another comeback man local fan and worldwide audiences will watch carefully. Pollard and Bravo will operate as change bowlers.

West Indies selectors have given a hint of pitches to be slow and low by electing for twin spinner in Sulieman Benn and Nikita Miller. Both left arm orthodox spinners, one a lanky one and other shorter, both bowl with accuracy and will give variety to West Indies attack.
Otis Gibson, the former West Indies pace bowler who worked as England assistant coach for a while, is new West Indies head coach.

A thrusting Jamaican left-hander, Gayle earned himself a black mark on his first senior tour – to England in 2000 – where the new boys were felt to be insufficiently respectful of their elders. But a lack of respect, for opposition bowlers at least, has served Gayle well since then. Tall and imposing at the crease, he loves to carve through the covers off either foot, and has the ability to decimate the figures of even the thriftiest of opening bowlers. In IPL, Gayle’s US$800,000 price-tag made him one of Kolkata’s most expensive players, and though a groin injury ruled him out of the first edition in 2008. In 2010 he played some use ful inning for KKR and help them in winning matches.

A nimble, Chaplinesque right-hander, Ramnaresh Sarwan was brought up in the South American rainforest around the Essequibo River. After his first Test innings, 84 not out against Pakistan, Ted Dexter was moved to predict a Test average of more than 50 – an unfair millstone to hang around any young player’s neck.

The possessor of the crabbiest technique in world cricket, Shivnarine Chanderpaul proves there is life beyond the coaching handbook. Chanderpaul has had two main problems: first, a low conversion rate of around one hundred to every ten fifties, and secondly, his physical frailty, widely thought to be hypochondria.

A compact batsman, and useful offspinner, he struggled initially with the bat, but found his feet in partnership with Shivnarine Chanderpaul, his Guyana team-mate. There are many similarities between Chanderpaul and Deonarine, both having come through the cricket system in Guyana, from the sharp fielding at cover-point to the anti-glare patches under his eyes. His offspin showed promise – in the Carl Hooper mould – but his stay at the top was brief once the big-guns returned

A top-order batsman with a solid technique, Fletcher showed promising signs in his initial international appearances but a lack of awareness of what was happening in the field around him was a problem and cost him his wicket more than once. He earned the call-up for the limited-overs games against Australia in 2008 following a domestic season in which he posted his maiden first-class century, an unbeaten 103 for Windward Islands in his team’s otherwise dismal batting display against Jamaica.

A loose-limbed left-hander with fast hands and slow feet, Hinds had only three Test caps under his belt when he incinerated Pakistan’s attack at Bridgetown in 1999-2000. He still struggled to nail down a permanent place and disappeared from the scene again after the Champions Trophy. He signed a Kolpak deal with Derbyshire for 2008 meaning his international future is in doubt.

Dwayne Bravo is that creature long needed by West Indies, an allrounder. He made his Test debut at Lord’s in July 2004, and took three wickets in the first innings with his medium-paced swingers. In Twenty20, he resumed his contract with Mumbai Indians. His impressive Twenty20 skills were on display during the Champions League in India where he was the tournament’s leading wicket-taker.

A right-hand allrounder – he bats in the middle order and bowls medium-pace – Kieron Pollard, who represented West Indies in the 2006 Under-19 World Cup, hit the national headlines when he smashed 83 for Trinidad and Tobago in the Stanford 20/20 in August 2006, and then underlined that potential with 126 on his first-class debut five months later. He thrilled Indian audiences during the Champions League Twenty20 in October 2009 and his 18-ball 54 for T&T against New South Wales increased his international demand. Pollard was signed by South Australia shortly after and that was followed by an IPL contract with Mumbai Indians for a massive $750000.

Darren Julius Garvey Sammy has names invoking images of great leadership. He is the first international cricketer to emerge from St Lucia, an island rediscovering its cricket culture as the new Beausejour Stadium has captured imaginations, so it is a major feat that he has cracked the West Indies squad.

Denesh Ramdin decided to concentrate on keeping, honing his reflexes and working on his agility. He led both Trinidad & Tobago’s and West Indies’ Under-19 sides before being selected, aged 19 and with only 13 first-class games under his belt, as first-choice gloveman for the senior squad’s tour of Sri Lanka in 2005. Ramdin was named ODI vice-captain for the away series in New Zealand at the end of the year. He finally hit his maiden Test century – 166 against England in Barbados – in March 2009 and continues to be West Indies’ first-choice wicketkeeper in the five-day format.

Jerome Taylor was just 18 years old, with a solitary one-day match for Jamaica under his belt, when he was called into the West Indies squad for the final match of their series against Sri Lanka in June 2003. It was the culmination of an explosive first season for Taylor, who was named as the most promising fast bowler in the 2003 Carib Beer Series, after picking up 21 wickets at 20.14 in six first-class matches.

The leading wicket-taker in West Indies’ first-class domestic season in 2007-08, Nikita Miller saved his best performance for the final. In the Carib Beer Challenge decider, he picked up his initial five-wicket haul in first-class cricket and quickly followed it with his second.

A tall left-arm spinner and a useful lower-order batsman, Suliemann Benn was part of the West Indies B side before becoming a regular for Barbados. He had impressive returns in his second and third seasons in first-class cricket, picking up 32 and 24 wickets respectively. He topped the wicket charts for Barbados with 22 wickets in the 2007-08 Carib Beer Series and was rewarded with a call-up to the Test squad in the home series against Sri Lanka

A right-arm fast bowler, Kemar Roach was part of the Barbados and West Indies Under-19 teams before being called-up to West Indies’ third Test squad against Australia in his hometown. He was one of the top draws in the third IPL auction and was bought by Deccan Chargers for $720000.

Ravi Rampaul made his Trinidad & Tobago debut in 2002, playing twice. In 2003 he took 18 wickets in six matches, and then some impressive performances for West Indies Under-19s propelled him to the verge of international selection. He grabbed a few wickets, but it was his aggression that caught the eye: against Antigua & Barbuda he unleashed four successive bouncers at the opener and finished him off with an unplayable yorker. 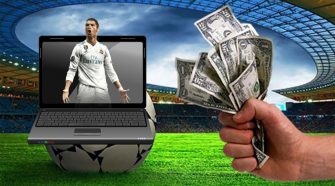