Phil Simmons was an uncanny allrounder, capable to change course of a match with bat, ball or even on field. He’s now Irish coach and has done a decent job but biggest challenge for former West Indian begins now when minnows Ireland take on home team West Indies today in match 2 of World T20 2010 in a Group D game held in Providence, Guyana.

Providence stadium in Guyana throws up a toss bias which should also put the belief up in the air that West Indies should stroll this. In the 10, 50-over matches played there seven have been won by the side batting first. This looks a sluggish surface with only one total of more than 300 scored.

Ireland have played here twice in warm-ups and it has all been about taking pace off the ball. George Dockrell, the slow left-armer, troubled New Zealand with three wickets. Look to the slow men and bowlers who run their fingers over the seam to prosper.

Providence stadium was built with substantial financial assistance from India, who won’t play there in the tourney.

Ireland, the team that first made it’s name by sending tournament favorites Pakistan in 2007 world cup, had a dissappointing World T20 2009 and they lost to Afghanistan in qualifiers of this year’s edition. European nation is new in International cricket but they only seem to excel in longer format of the game, unless they achieve something surprising today.
West Indies

West Indies, on other hand, have tried several youngsters in recent times mainly because of injuries to top players but most of those players are back into the squad. Now, problem of plenty is haunting captain Chris Gayle who must find a permanent spot for most of his batting stalwarts before it’s too late.

Despite plenty of low points in recent WI cricket history they do show an appetite for this format of the game and have some very dangerous customers. T20 should also ensure huge support from the locals and as pointed out by Justin, Trinidad & Tobago enjoyed a terrific Champions League tournament last year with a side comprising of local players. Chris Gayle skippers the squad which includes Chanderpaul, Sarwan, Bravo and Pollard amongst its ranks.

Half the team picks itself but there is not too much between the rest of the squad in their respective disciplines so there is healthy competition for places. Promising fast bowler Kemar Roach had a tough baptism in the recent IPL and was taken out of the firing line in the early stages so much will depend on the more experienced Jerome Taylor, Dwayne Bravo and possibly Ravi Rampaul. Gayle, Benn and Nikita Miller are the options to take the pace.

West Indies depend too much of their captain Chris Gayle, so others needs to step up. Moreover, red jersey team appears to have a plan for most games they play but are failing to execute them with any regularity. Ireland themselves are an intelligent team that likes to disect each opposition individual but lack firepower in both batting and bowling department. Ireland are a wonderful fielding team though.

You never know quite what you are going to get from West Indies cricket but they could go well at long odds if they fire to their undoubted potential. England are the other team in Group D which West Indies are slight favourites to win. Ireland are considered rank outsiders but they have shown plenty of spirit in their rare appearances on the big stage although it is hard to envisage them causing an upset.

Bravo was below par in the IPL and lost his place in a very good Mumbai Indians side but on home soil he is one of the senior men WI will look too and his bowling in the later stages when wickets are more likely to tumble frequently could work in his favour.

Ireland, despite their ‘minnow’ status, have players good enough to demand they be respected. Will Porterfield, the Gloucestershire opener, leads a squad including former skipper Trent Johnston, pugnacious wicketkeeper Niall O’Brien and Warwickshire seamer Boyd Rankin. 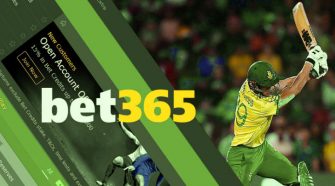