Much publicised first Twenty-20 Cricket World cup is gradually losing its sheen much before its curtain raiser. Many experienced stars will not be in action in the upcoming world cup either due to injuries or selection problems. Can young cricketers use this opportunity to rise to the occasion?

Top cricketers we miss out in the 20-20 Cricket world cup:

1. Indian Star Trio: We miss Indian cricket stars – Sachin Tendulkar, Rahul Dravid and Sourav Ganguly – in action due to their voluntary withdrawal from this tournament. Can Dhoni- Sehwag- Yuvraj rise to the occasion? We may never see these Indian legends in action in 20-20 world cup. Robin Uthappa emerged as the hot cricketer after his performance in the Oval one day match against England.

2. Andrew Flintoff: We are not to going to see the performance of world No.1 all-rounder in the first edition of 20-20 world cup due to ankle injury. He will face fitness test on Saturday ahead of Lord’s one day against India. ICC emerging cricketer nominee Ravi Bopara will miss due to injury.

3. Jacques Kallis: It is really pity. South Africa’s No.1 batsman was not selected for this premiere tournament which will be hosted by home country. Selectors are always jokers all over the world. South African team will miss all round capabilities and experience of this legend.

4. Shoaib Akthar: World fastest bowler will miss due to disciplinary action. Pakistan cricket is always a big enigma to outsiders.

6. Ricky Ponting: Australian Captain is doubtful for this world cup. He may stay with team despite injury.

9. Loots Bosman: Missed due to back injury. 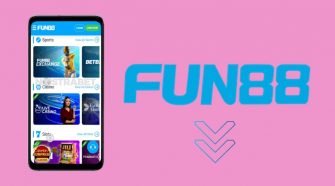 How to Download Fun88 App and Why People Consider Downloading It?