England won cricket world cup for first time in 35 years. England crushed Australia in the finals to win 2010 T20 Cricket world cup. England thrashed Australia by 7 wickets in a one sided match in which England excelled in both bowling and batting. After loss of 3 wickets for 10 runs, David Hussey, White and Michael Hussey stabilised Australia innings to score moderate 147. But, Pietersen and Kieswetter smashed Australian bowlers in a century partnership.

Highlight of the T20 final: 111 runs partnership in 68 balls between Kevin Pietersen and Kieswetter.

Man of the match: Kieswetter (England)

Player of the tournament: Kevin Pietersen (248 runs at an average of 63).

2. Australia was 10/3 that created huge pressure on middle order batsmen from which Australia recovered marginally thanks to wonderful knocks by David Hussey and White.

3. England never won a cricket world cup despite reaching semi-finals and finals till 1992 ICC one day world cup. It lost to Pakistan in 1992 world cup finals.

4. Australia lost to Sri lanka in 1996 world cup finals. This is another loss in finals after 14 years.

Final verdict: England’s cricket world cup for first time that too by defeating Australia (traditional rivals) is a good omen to England football team before FIFA world cup to aim high and think positively. England lost many times in past to Australia  due to lack of mental strength. But, players like Kevin Pietersen and Kieswetter played without any inhibitioned and smashed Australian bowlers to all parts of the ground. 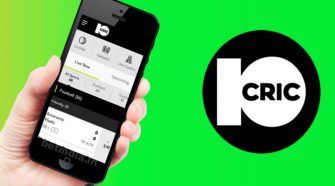 Want To Know More About 10CRIC? Points To Consider