‘Spin’ seems to be the in thing in T20 today. Many IPL matches had a spinner opening the innings. In the ICC T20 World Cup matches also, spin seems to have a major role to play. Pitches in the West Indies look favourable for spin and India and Pakistan with their quality spinners may have a distinct advantage over the others. Even our own captain, Mahendra Singh Dhoni had underscored the importance of spinners in the press conference before the team’s departure to the West Indies by saying that “spinners would play a crucial role on the slow pitches and would be the team’s major weapon”.

The matches played against Afghanistan and South Africa were at the Beausejour stadium in St. Lucia. Playing here for the Indians is like playing at home. The pitches here are slow and ideal for the spinners. In the tie against Afghanistan, spinners bowled half of the designated 20 overs. “If you have them, flaunt them”, decided Dhoni in the next match against South Africa. As a result, the craft of spin was in full display. Spinners Harbhajan Singh, Ravindra Jadeja, Yusuf Pathan and Piyush Chawla were given a free rein. They bowled 15 overs, a rare occurrence surely. India won both the matches.

But now the situation is no longer the same. India has qualified for the Super 8 matches. Its first Super 8 match against Australia on May 7th. On May 9th, India will play the West Indies. The tie with Sri Lanka will be on the 11th. So what is different?

These matches will be held not on the friendly St. Lucia pitch, but on the fast and bouncy pitch of Kensington Oval in Barbados also known as the “Mecca of Cricket”. It is known to favour pace and seam. Spin may not bring the required result. Even 2 spinners may be one too many. It will all depend on the nature of the pitch on that day and the team’s requirement of variety in the bowling attack.

Will the spin quartet be replaced by a triple edged pace attack? Will the concerted effort of Zaheer Khan, Ashish Nehra and Praveen Kumar, weave some magic and help India waltz to the semi-finals ? Will the team management unleash the new face, pacer Vinay Kumar, on an unsuspecting opposition, taking them by surprise? Let’s wait and watch. 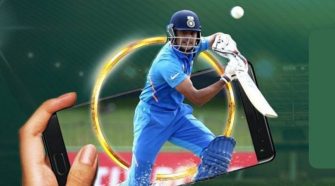