The Kiwis, the blackcaps, the technicians… New Zealand team is called by several names but sadly, they’ve rarely achieved some nouns in front, like World champions and thus, local New Zealand countrymen support other sports more than their cricket team.

New Zealand were semi-finalists in inaugural T20 world cup back in 2007 and their performance didn’t dip too much second time around in 2009 but the spot for finals eluded them. From May 2010 is another chance for black jersey team to prove they can make world stand up and clap for them.

Daniel Vettori will lead the side with Brendon McCullum free from wicket keeping responsibility as Gareth Hopkins has done exceptionally well in last 6 months in shortest version of the game. New Zealand T20 world cup squad also marks the return of Jesse Ryder, the talismanic all rounder who bats left handed in top order and can bowl his quota medium pace overs with accuracy. Jesse last played for Kiwis back in September 2009 in Champions trophy before suffering abdominal surgrey. Aaron Redmond, the right handed opener, is the surprise pick and as is Rob Nicol, the 27 year old rookie who bats right handed and also bowls offspin. Nicol was in termendos domestic form and earned his place on sheer weight of performances.

A hard-hitting batsman and handy spin bowler, Nicol was seen as the ideal candidate to fill a strong 15-man squad notable for the returns of Jesse Ryder, Kyle Mills, Jacob Oram, Ian Butler and Aaron Redmond.

Hard-hitting opener Ryder is on track, having scored a century in his Wellington comeback this week and bowled a handful of overs as he eyes his first international since the Champions Trophy last September.

Frontline seamer Mills hasn’t played since the same tournament, after which he underwent shoulder and knee surgery. He and the other recovering players will be put through intensive skills and fielding sessions before departure. The only players ruled out were Daryl Tuffey and Neil Broom (both fractured hand).

Nicol scored 237 runs at 23.70 in the domestic Twenty20 league, and took eight wickets at 36.75 and economy rate of 7.35. “We’re excited about him. He’s a good multi-skilled cricketer and with the conditions in the West Indies he’ll add value as a batter and a guy who can bowl spin,” Greatbatch said of the former Aucklander.

Daniel Vettori has been on the international scene so long it is sometimes hard to believe he has only recently crossed into his thirties. The youngest man to play Test cricket for New Zealand, at the age of 18, he is one of only eight players to have managed the double of 300 Test wickets and 3000 runs. He was installed as captain for the Twenty20 World Championship in 2007 and took over from Fleming as the Test captain ahead of their two-Test tour of South Africa. However, retirements and the ICL saw New Zealand slip in the world rankings, and Vettori was saddled with more responsibilities than he could have imagined – including that of selector in 2009

Ross Taylor could be just what New Zealand need in the wake of the mass of departures from their batting line-up: an aggressive top-order batsman capable of taking up the challenge to world-class attacks.
No major achievement in the IPL-3. But pitches in WI suite his batting style so his team expect to have some real fire work from his bat in T20 WC.

A right-handed top order batsman, Guptill made an immediate impact on the international scene, scoring 122 in a ODI against West Indies, the second-highest score by a debutant. He gained recognition in the 2007-08 season, topping the overall State Shield run-charts with 596 runs at 59.60.

Jesse Ryder’s troubled upbringing and weight issues have been well documented. A hard-hitting batsman and useful seamer, he seemed to have an international career with New Zealand ahead of him after a successful start to his first-class career and call-ups to the A team.

Northern Districts allrounder Scott Styris is a rather stereotypical New Zealand selection, but has became an integral part of the team – a fact highlighted by an outstanding 2007 World Cup. He had nearly 10 years of domestic cricket before he was called up to the Test squad, having made his one-day international debut much earlier

He has a high degree of agility in the field, where his skills were developed as a schoolboy representative soccer goalkeeper, and he complements that with solid medium-fast bowling skills and a naturally aggressive approach with the bat.

He is a hard-working top-order batsman for Otago. He found the top level a tough challenge with just 54 runs in three Tests, but showed his worth in the tour of Australia, scoring 83 in Adelaide. Redmond was instrumental in guiding Otago to the State Twenty20 title in 2008-09, a passport to the Champions League.

He took over as captain of the controversy-ridden Knight Riders for the second season of the IPL but failed to transform their fortunes. He marked his return to form with a century against Pakistan in Abu Dhabi later in the year, and in early 2010 wrote his name into the record books when he fittingly became the first New Zealand batsman to score a century in a Twenty20 international. He unleashed the paddle-scoop to devastating effect against Australia at the AMI Stadium in Christchurch, taking advantage of short boundaries to race to an unbeaten 116 from 56 balls.

Gareth Hopkins was called up for New Zealand’s tour of England in 2004 as wicketkeeping cover for Brendon McCullum and made five ODI appearances. He get picked in the ICC World Twenty20 2007 squad, although he did not play a match in the tournament.

The older brother of Brendon McCullum, Nathan McCullum is an offspinning allrounder from Otago who joined his sibling at the ICC World Twenty20 in South Africa. After missing out on the final Champions Trophy squad, McCullum was promoted to the senior ranks following a strong Emerging Players Tournament in Australia

Injuries at an inopportune time affected Kyle Mills’s prospects of making a more significant start to his international career. While he was recovering, Shane Bond, Ian Butler and Jacob Oram seized their opportunities, making it harder for Mills to force his way back.

The right-handed batsman played eight seasons for Auckland before shifting to Canterbury in 2009-10. Nicol was a consistent performer for Auckland, his best returns coming in 2002-03 when he scored 664 State Championship runs. He was also impressive in his first stint with Canterbury, scoring 514 first-class runs. He was Canterbury’s leading run-scorer in the Twenty20 HRV Cup with 237 runs at a strike-rate of 127.41 and that won him a promotion to the national squad.

He is among the fastest bowlers in the world, and with his arrival the potency of the attack has increased. In January 2010 he was one of the biggest buys at the third IPL auction in Mumbai, fetching the maximum possible bid of $750,000 from the Kolkata Knight Riders.

New Zealand’s selectors monitored the progress of Tim Southee, a right-arm swing bowler, with great interest before handing him his Test debut against England in Napier while he was still 19. Southee responded with 5 for 55 before smashing 77 off 40 balls in the second innings with nine sixes to hint at a bright all-round future.

Ian Butler, a fast bowler, had his introduction to international cricket when Shane Bond was injured. While not as fast as Bond, Butler is much younger and has the potential to develop more speed. A good domestic season prompted his call-up to the Twenty20 squad to play Australia. He was then retained for the home Twenty20s against India, where he took four wickets. That performance earned him a recall to the one-day side. 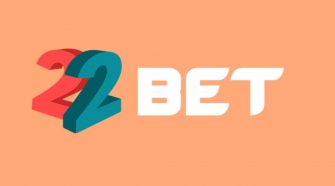 Why do Indian punters 22bet for gambling?