It is official. Praveen Kumar is out of the T20 World Cup and Umesh Yadav is in. It is difficult to believe that at the age of 19, when young cricketers start working hard to secure a place in the Indian team, this young man, Umesh Yadav, had not even played with a leather ball. Even now, he is not even 2 years old in domestic cricket, has played only 11 first class matches and 9 T20 matches. His father is a coal miner and his home is in a village, a stone’s throw away from Nagpur. This youth’s initial aim was to be a policeman.

Well, fate had other things in store for him. He started playing in tennis ball cricket tournaments, earning some money which the family badly needed. Former Vidarbha player Pritam Gandhe noticed his pace by chance and the rest is history. He debuted for Air India in the All-India Invitation Tournament of 2008-09. Immediately after that, he played for Vidarbha Cricket Association XI in the Butchi Babu Invitation Tournament. He was in the Vidarbha Under-22 team in the CK Nayudu trophy.

In his first class debut in late 2008, he got to represent Vidarbha in the Plate League of the Ranji trophy tournament. He got 20 wickets in 4 games. He got to play in the Duleep Trophy in 2009 representing Central Zone. Imagine his delight when he dismissed batting greats like Rahul Dravid and VVS Laxman. This performance secured for him a contract with the Delhi Daredevils. In the 7 IPL matches he played in the 2010 season, he scalped 6 wickets at an average of 30. He has consistently bowled at a speed of over 140 kmh and that has created a great impression.

Though his IPL performance had given his confidence a boost, by his own admission, he did not expect to get a call to wear the Team India colours so soon, that too at the World Cup level. Leave alone being not included in the 15 member team announced on March 26, he had not even been included in the list of the 30 probables. Due to this reason, his appointment will have to be cleared by the ICC’s Event Technical Committee.

Team India suffered a blow when pacer Praveen Kumar sustained a side strain in a practice session and an MRI scan revealed an abdominal tear. Gautam Gambhir is reported to have suggested Yadav’s name to Dhoni, seconded by Eric Simmons, bowling coach of the Indian team as well as the Delhi Daredevils and the decision was supported by pacer Ashish Nehra.

Praveen will be greatly missed on the fast and bouncy pitch of Kensington Oval. He too must be a disappointed man. He got to play only 2 matches, one each with Afghanistan and South Africa and got only one over to bowl against the latter.

Praveen Kumar’s loss turned out to be Umesh Yadav’s gain. Hopefully he exploits this opportunity to the hilt. Team India will be happy to have this ‘Ace of Pace’ among its ranks. 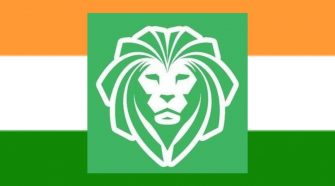