Sri Lanka was the best team of last World T20 tournament, in June 2009, racing into finals undefeated until Pakistan snatched the final prize. Now, May 2010 comes with another opportunity for Kumar Sangakkara’s men to go that one step further.

Sri Lanka with a win percentage of 60, only Pakistan and South Africa have a better strike in the international game. Mercifully, the projected draw sees the Lankans miss those teams until the semi-finals and their balance and form should comfortably see them into the last four.

They can do the lot and have done so in the past in West Indies, making the last World Cup final there. Tillakaratne Dilshan and Mahela Jayawardene will open to give fast starts, Kumar Sangakkara, Sanath Jayasuriya (reverting to a middle-order role) and Angelo Matthews will do the finishing.

It is with the ball they really excite, Lasith Malinga is one of the best death bowlers in the world and in Muttiah Muralitharan and Ajantha Mendis they have spinners who will do damage on useful surfaces. Ajantha Mendis still has a brilliant T20 record but his form lately hasn’t been as good. He’ll hope to respond to faith selectors have shown in him and added varity to Sri Lankan squad.

Sri Lanka squad for T20 world cup 2010 is an ageing one with Kumar Sangakkara, Mahela Jayawardene and tillakaratane Dilshan into 30s and Muthiah Muralitharan and Sanath Jayasuryisa into 40s. Experience in the team will come in handy for islanders but at fielding’s cost.

Dinesh Chandimal, the 20 year old right handed batsman is the new face in the squad while Chinthika Jayasinge, the all-rounder, has only played 2 T20 matches. Chamara Kapugedera is fairly experienced at International level now and Lankan selectors will hope he finally comes off age.

Angelo Mathews and Thissara Perera are two all-rounders that Sri Lankan challenge in T20 world cup will depend on. Both of them are young, strongly built and bat, bowl and field athletically. Sanath Jayasuriya is lucky to be in squad despite several failures in recent times and will hope he strike form and sees Sri Lankan batting through the world cup with Dilshan, Sangakkara and Jayawardene.

West Indies pitches suit Sri Lankan style of play as they also made it the finals of 2007 world cup.

Kumar Sangakkara became one of Sri Lanka’s most influential players: a highly talented left-handed stroke maker, a slick wicketkeeper, a sharp-eyed strategist and an even sharper-tongued sledger, capable of riling even the most unflappable characters.

His performance in IPL-3 was not up to the mark both as a captain and player. Though he played some inspiring inning but that was not enough for his team.

Jayawardene is the best batsman the island had produced since Sanath Jayasuriya (the man whose record Jayawardene took with his 374) and his rich talent fuelled towering expectations. Perhaps mindful of his first Test, when he went out to bat against India at Colombo in 1997 with the scoreboard reading 790 for 4, he soon developed an appetite for big scores.

He played few crucial inning and help King XI in winning couple of matches during recent IPL-3 and is a Sri Lanka main batsman for this World Cup.

At the age of 38, Jayasuriya scored 467 runs during the 2007 World Cup in the West Indies and was the oldest player in the World Twenty20 that followed in South Africa. In January 2009, during the first ODI against India, he became the second man to cross 13,000 ODI runs, and at 39 years and 212 days the oldest man to score an ODI century.

With his relentless aggression, strong wrists and natural timing, Tillakaratne Dilshan is one of the most exciting batsmen in the game today. He is technically sound, but, much like Virender Sehwag, he uses the defensive option only as a last resort, after all the attacking alternatives have been explored. He loves to make room and thrash the ball through the off side, but the stroke that bears his signature more than any other is the one he developed for the 2009 ICC World Twenty20 – the scoop shot over his head, which confounded bowlers and experts alike.

He would like to forget his IPL-3 performance as soon as possible and want to concentrate on World cup.

Chamara Kapugedera, a naturally aggressive right-hander, was one of the few genuinely exciting batsmen the selectors unearthed from Sri Lanka’s Under-19 set-up.

Mathews made his debut for Sri Lanka Under-19s when he was just 16 years old, against Pakistan in 2003. He is an outstanding allrounder, capable of batting anywhere in the top order and also delivers lively medium pace.

Thissara Perera began his career primarily as a bowler, opening the bowling for the Under-19s. He turned in noteworthy performances in the tri-nation tournament in Sri Lanka in July 2007 and in the youth Test against India in Colombo the following month. Those performances earned him a call-up to the U-19 squad for the World Cup in Malaysia in 2008. His aggressive batting in an ODI against India in Mirpur helped Sri Lanka pull off a win in a pressure situation. It quickly led to an IPL contract when he was bought by Chennai Super Kings for $50,000. His ambition is to remain associated with the game by taking up coaching.

The 22-year-old Chintaka Jayasinghe is a forthright and positive all-rounder. He hits the ball hard, bowls useful medium pace and could well break into the national one-day squad in the near future

Chandimal is a wicketkeeper-batsman who admires Romesh Kaluwitharana for his aggressive style and ‘keeping skills. Consistent performances with the gloves and bat, including an attacking century against India Under-19s in August 2007 and an unbeaten 112 in the tri-nation series against England U-19s the following year earned him a call-up to the squad for the U-19 World Cup in Malaysia in 2008.

He was among the leading run-getters in Sri Lanka’s Interprovincial Twenty20 competition, and won a call-up to the national side for the ICC World Twenty20 in 2010.

Starting as a part-time bowler, he was soon picking up wickets on a regular basis and started representing Matara SC while still at school. Twenty-three wickets in four matches in the U-23 tournament in 2003-04 did not go unnoticed by Marvan Atapattu and Mahela Jayawardene, who brought him over to SSC.

Muralitharan picked up 23 wickets in the 2007 World Cup, though Sri Lanka was unable to repeat their 1996 final win against Australia. Muralitharan next featured in the home Test series against Bangladesh when, with the last of his 26 wickets, he became the second player to 700 Test wickets. He duly passed Warne’s Test record of 708 wickets against England in December 2007, fittingly on his home ground in Kandy. He achieved the grand double of being the highest wicket-taker in ODIs as well when he went past Wasim Akram’s record of 502 wickets in 2009.

Welegedera was a late starter to cricket. He learnt to play the game for St. Thomas’ College in Matale at the age of 17, but he made rapid progress performing in provincial matches. When he came to Colombo he was selected as one of 15 probables by Daryl Foster, the Australian fast bowling coach, for the Sri Lanka Pace Academy headed by former Sri Lanka fast bowler Rumesh Ratnayake in 2000.

He established himself as a regular in the playing XI after an impressive World Cup in 2007, with 18 wickets at 15.77 from eight matches as Sri Lanka made it to the final. One of the moments of the tournament was Malinga’s four in four against South Africa – the first time a bowler had taken four wickets off successive deliveries in international cricket. However, Malinga was largely ineffective during Sri Lanka’s two Tests in Australia and the subsequent home series against England.

He played a crucial role in Mumbai Indian dream run till Final where they lost to Chennai in the IPL-3 season. His bowling will decide Sri Lanka fate in the upcoming World cup.

Kulasekara made an instant impression in his first ODI, against England at Dambulla in November 2003, after being selected from relative obscurity. From a bustling run-up and whippy open-chested action, he generates a lively pace, moves the ball off the seam and can reverse-swing the ball.

Ajantha Mendis is a spinner who bowls a mixture of googlies, offbreaks, top-spinners, flippers and legbreaks. Batsmen have been confounded by the variety of deliveries he has up his sleeve and are at a loss to figure out what his stock delivery is. Mendis was a prolific wicket-taker for Sri Lanka Army in the 2007-08 season and had taken 46 wickets at an average of 10.56 and strike-rate of 31 from six matches. 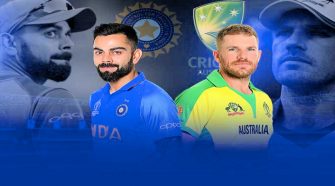