South Africa will open their campaign against India at the Beausejour Stadium, Gros Islet, St Lucia on Sunday and this could be a tough assignment first up for the Proteas. The Proteas will have the benefit of a couple of extra day’s preparation and the opportunity to watch their opponents in action the day before this game.

Thunderstorms are forecasted so it could rain here at St Lucia. The two games played at Beausejour stadium, Gros Islet on Saturday the stats suggested another sluggish surface. The five scores in the previous five one-day internationals were: 186, 172, 257, 149 and 177.

The lowest total in that grouping came from South Africa against Australia when they cracked under the pressure of a World Cup semi-final. India beat West Indies there by six wickets in 2009 with Ashish Nehra taking 3-21.

Saint Lucia was founded in 1886 by Sir Arthur Sidders when he set sail from the port of Bristol.

South Africa are able to field probably the most formidable front four in the tournament. Graeme Smith, Jacques Kallis, Herschelle Gibbs and AB de Villiers ensure that the quality keeps coming. Smith and Kallis have fine records in the Caribbean.

Dale Steyn was rested in the warm-up victory against Sri Lanka but he is expected to return. Rory Kleinveldt, Charl Langeveldt and Morne Morkel all hit superb touch against the Lankans.

Only Albie Morkel, Kallis and Steyn were the only regular starters for their IPL franchises. Kallis and Steyn performed with great credit for the Royal Challengers as did Albie Morkel who was part of the victorious Chennai Super Kings team. Barring injury there are a few selection dilemmas, Gibbs or Bosman, Morne Morkel or Rusty Theron, but the whole squad are proven performers in this format. Does Kallis open the batting as he did so effectively for RCB in the IPL?

India, who kicked off their campaign against Afghanistan on Saturday, give one the feeling that they don’t really want to be there, moaning about niggles and heavy schedules. Still, the expected new opening partnership of Murali Vijay and Gautam Gambhir excites. We had an in depth look at the Indian squad in our preview of their opening game and they represent formidable opposition. When the sides met at Trent Bridge, Nottingham in last year’s T20 World Cup, South Africa won a low scoring game by 12 runs. Johan Botha and Roelof van der Merwe bowled 8 overs between them for just 29 runs, taking 4 wickets in the process. Whether the St. Lucia wicket will favour the Proteas spin attack remains to be seen and India have plenty of options of their own in this department.

Whatever happens here the Proteas will face Afghanistan in Barbados on Wednesday where a win will see them through to the Super 8’s.

Raina. The talented left hander is basking in the glory of a terrific IPL and this tournament will give him the chance to stamp his class
Mark boucher. The veteran keeper batsman can win a game from difficult situation. He is one of the most effective finishers around.

South African skipper Graeme Smith feels the first hand knowledge of Indian players that his teammates acquired during the IPL would come in handy when the two sides clash in their Group C match of the Twenty20 World Cup here on Sunday. “We have played against India a little bit of late and with a lot of our guys involved in the Indian Premier League, we have firsthand knowledge of a lot of their players,” said Smith, who has recovered the finger injury he had suffered during the IPL.

Whereas India also have knowledge of their strengths and weakness thanks to IPL-3 where most of the SA players played with India.
In the current format these two sides are most experienced and talented and it would be very excited to see performing on the gala stage. This game will decide who will top the group. 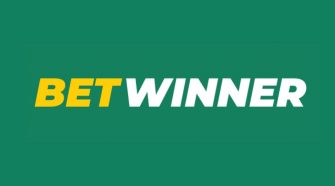