Barring 1992 World cup which marked South Africa’s re-entry into International cricketing arena, Proteas have been tipped as one of the contenders for each of four 50 over world cups and two World T20 tournaments since then. Sadly, they’ve never progressed into finals, let alone winning the crown.

Herschelle Gibbs has been given another opportunity after good IPL season recently and will form a strong middle order for South Africans squad which also includes AB de Villiers, JP Duminy, Loots Bosman and world record holding wicket keeper Mark Boucher.
Rory Kleinveldt is the surprize pick as he’s played just 1 T20 game previously and made just 3 conceeding 20 off just an over he bowled. Rory, a good death bowler they say, was selected when Wayne Parnell got sidelined due to groin injury.

South Africa’s T20 world cup 2010 squad will be captained by Graeme Smith who’s played little cricket in last one year oweing to array of injuries (Beefy returned from IPL 3 after 2 games thanks to finger injury). Jacques Kallis, the experienced allrounder, has been named as the vice-captain.

• Hosted the inaugural ICC WT20 in 2007, but failed to reach the semi-finals in the competition.

• Played its first Twenty20 International against New Zealand at Johannesburg in October 2005, losing by five wickets.

• Set a record with seven consecutive wins in Twenty20 Internationals in 2009. This has subsequently been emulated by Pakistan.

• Its only trophy in an ICC event is the ICC Knockout Trophy (now ICC Champions Trophy) in 1998 in Bangladesh.

• Has a poor record in semi-finals of ICC events, having won only one of the eight in which it has participated.

• First staged a domestic Twenty20 competition in 2003-04. The current holders are Warriors who beat Lions in the final in March this year.

His achievements as a batsman are significant, but the most important monument to his career is the fact that under Smith, the confidence of South Africans, both within and outside of the national team and its structures, has been rebuilt.

• He has won the most matches as captain in T20 Internationals with 14 wins from 20 games ahead of this event.

After a distinctly ordinary start to his Test career, Kallis blossomed into arguably the world’s leading batsman, with a defensive technique second-to-none, and the adhesive qualities of a Cape Point limpet. Generally a placid and undemonstrative man, he nailed down the crucial No. 3 position in the South African batting order after a number of players had been tried and discarded, and his stock rose exponentially from that moment.

He was most promising batsman of the IPL-3 held recently.

• Scored 283 runs before being dismissed in his first five innings for Royal Challengers Bangalore at the Indian Premier League this year.

• One of the great all-rounders in the history of the game, he has scored over 10 000 runs and taken over 250 wickets in both Tests and ODIs and has also taken over 150 catches in Tests and over 100 in ODIs

A product of Afrikaans Hoer Seunsskool in Pretoria, de Villiers was born to be a sportsman – although such was his natural talent, tennis, golf, cricket or rugby could have been his calling. Cricket won out, however, and after a prodigious spell in the South Africa Under-19 team, he made his debut for Titans in 2003-04, racking up five half-centuries in his 438 runs.

• Scored 105 not out off 54 balls for Delhi Daredevils v Chennai Super Kings at Durban in the Indian Premier League 2009, his first Twenty20 century.

Herschelle Gibbs’s feet moved beautifully at the crease but struggled to find the ground in real life. Admitting that a Test debut in front of 70,000 at Eden Gardens wasn’t as nerve-wracking as sitting his final exams, as well as the fact that he reads little outside of magazines and comics, contributed to a reputation for simplicity.

• Scored a T20 international record of 14 fours in his innings of 90 not out off 55 balls against West Indies at Johannesburg during ICC WT20 2007.

• Became the first player to hit six sixes in an over in international cricket off the bowling of Netherland`s Daan van Bunge at Basseterre during ICC CWC 2007.

• Was Man of the Match when South Africa made the highest successful chase in ODIs against Australia at Johannesburg in 2006, scoring 175 off 111 balls.

• He was a brilliant schoolboy rugby player and could have represented his country in this sport had he not chosen cricket.

Jean-Paul Duminy was identified very early on as a potential international player, but having made his ODI debut in 2004, it was another three years before he cemented a regular place in the team. Partly that was down to South Africa’s strong battling line-up and partly down to his own inconsistency, failing to live up to high expectations• Made his first ODI century when he scored 111 not out against Zimbabwe at Centurion last year.

• Scored 99 not out off 52 balls for Cape Cobras v Royal Challengers Bangalore at Bangalore during the Champions League last year.

Mark Boucher packs all the archetypical attributes of the South African cricketer into his short, stocky frame. He is relentlessly competitive, invariably aggressive, and as hard and uncompromising as the new ball. He makes a point of, in his own words, “walking onto the field as if you own the place”.

• Struck four sixes in the last over of Warrior`s innings to help it beat Lions in the final of the Pro20 competition in March this year.

• Hit the second fastest century ever in ODIs off 44 balls against Zimbabwe at Potchefstroom in 2006.

• Is the leading wicket-keeper in Tests with 494 dismissals and second in ODIs behind Adam Gilchrist with 421.

• Is one of the leading wicket-takers in the Pro20 competition with 38 at an economy rate of 7.18 and has a batting strike-rate over 150.

Loots Bosman is a hard-hitting opening batsman who moved from Griqualand West to the Eagles and has enjoyed much success with them.

• Made 94 off 45 balls with nine sixes against England at Centurion in 2009, South Africa`s highest score in T20 Internationals.

• Shared the highest partnership for any wicket in T20 Internationals with Graeme Smith when they added 170 for the first wicket against England at Centurion last year.

• Was the first batsman to score a century in the domestic Pro20 series with 104 off 45 balls for Eagles v Lions at Potchefstroom in 2005.

With just a clutch of domestic and Under-19 matches to his credit, Roelof van der Merwe marked his Twenty20 international debut for South Africa with a quickfire 48 and 1 for 30. He was duly named Man of the Match. It marked a quick rise for a tidy left-arm spinner who can hit the ball hard.

• Scored 48 off 30 balls and took 1-30 on his T20 International debut against Australia at Centurion in March last year.

Albie Morkel, a right-arm fast-medium bowler and left-handed batsman, was earmarked as the new Lance Klusener, but hasn’t quite been able to live up to his billing despite some glimpses of match-winning skills.

• Became the first player to appear in 100 Twenty20 matches during the Indian Premier League in March this year.

• An accomplished batsman at first-class level, he averages over 42 and has a double-century to his credit.

Morne Morkel, brother of allrounder Albie, is an out-and-out fast bowler who has the pace and height to trouble the best. Morkel made his first-class debut in 2003-04, and earned promotion to the Nashua Titans in the 2006 domestic season

• Has best T20 International bowling figures of 4-17 against New Zealand at Durban during ICC WT20 2007.

• Made his ODI debut for Africa v Asia in June 2007 before playing ODIs for South Africa.

Dale Steyn’s rise to national selection was rapid, being picked in the side for the first Test against England in December 2004 little more than a season after making his first-class debut. A genuinely fast, if slightly raw, bowler, who moves the ball away from right-handers, Steyn sprints to the wicket and hurls the ball down with aggression, and often follows with a snarl for the batsman

• Had figures of 3-0-9-4 against West Indies at Port Elizabeth in 2007, the best for South Africa in T20 Internationals.

• Was named the ICC Test Player of the Year in 2008, and is currently ranked first in the Reliance Mobile ICC Test bowling rankings.

• Scored 76 and took ten wickets in the match when South Africa beat Australia in the Boxing Day Test at Melbourne in 2008 to secure the series.

Charl Langeveldt combined his first-class cricket with his job as a prison warder at Drakenstein prison, not far from the headquarters of Boland cricket, his provincial home, a short drive north of Cape Town

• Took South Africa`s first ODI hat trick in the final over of the match against West Indies at Bridgetown in 2005, ensuring a dramatic one-run victory.

• He was a prison warden before becoming a full-time cricketer.

He began his career as an ordinary medium pacer for the Eastern Cape Warriors – by his own admission he was quicker than 125 kmph – but it was after Mickey Arthur, the South Africa coach, had a look at him in the nets and saw something else that Botha dropped his ambitions for speed.

• His 6.22 runs per over is the best economy rate for South Africa in T20 Internationals.

• Captained South Africa, in the absence of Graeme Smith, to a 4-1 ODI series win in Australia in 2009.

• Appeared for South Africa as a medium-pace bowler at ICC U19 CWC 2000 in Sri Lanka, taking seven wickets at an average of 16.57 while conceding just 2.65 runs per over.

The seam bowler from the Eastern Cape made his name as a last-over specialist in the 2009-10 Standard Bank Pro20.

• Prior to this event, he is yet to play for South Africa in any form of the game.

• Was Man of the Match on his Indian Premier League debut for Kings XI Punjab v Chennai Super Kings at Chennai, taking 2-17 in his four overs and winning the match in the Super Over. 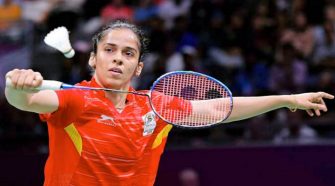