The World Twenty20 starts on April 30, five days after the end of the IPL; India are grouped with South Africa and Afghanistan.
Sachin Tendulkar’s decision not to play in this month’s Twenty20 World Cup in the West Indies will leave India a much weaker team as they look to put last year disappointments in England behind them.

The little master is in splendid form for the Mumbai Indians during the current Indian Premier League as the red hot Indians remain on course to finish top of the IPL group stages.

The Indians skipper has played a major role in the teams impressive start in this year IPL but Tendulkar has stuck by his decision not to play international Twenty20 cricket in order to prolong his test career.

The 26-year-old Vinay Kumar, who has been impressive in the IPL 3, was the only new face in the squad to be led by Mahendra Singh Dhoni. Karnataka speedster R Vinay Kumar rewarded for his consistent performance in domestic cricket while leg-spinner Piyush Chawla staged a surprise comeback into India’s 15-member squad for next month’s Twenty20 World Cup in the West Indies. Pacers Ishant Sharma, S Sreesanth and RP Singh, who were in the provisional 30-member list, failed to figure in the squad while spinners Pragyan Ojha and Amit Mishra also missed the bus.

Besides Vinay Kumar, Zaheer Khan, Ashish Nehra, Praveen Kumar were the pacers in the squad. Zaheer and Harbhajan were making a return after missing India’s last Twenty20 International against Sri Lanka in December last.

Ashish Nehra, who has played couple of matchs in the ongoing IPL because of a rib cage injury, has been included in the squad with the selectors expecting the gangling paceman to be fully fit for the mega event.
Vinay has forced his way into the team on the back of his consistent performance in domestic cricket, claiming 46 wickets in the Ranji Trophy. He has so far captured 202 wickets in 54 first class matches with eight for 32 his best figures.

Wicketkeeper-batsman Dinesh Karthik has also been named in the squad with the selectors preferring to have a cover for captain Dhoni who has just recovered from an injury.

M S Dhoni, Under his captaincy, India won the 2007 ICC World Twenty20, CB Series of 2007–08 and the Border-Gavaskar trophy 2008 in which they beat Australia 2–0. He is now captain of India in all three forms of the game and also led the team to their first ever bilateral ODI series wins in Sri Lanka and New Zealand. Dhoni also led team India to number one position in ICC rankings in test cricket for the first time.

Dhoni has also been the recipient of many awards including the ICC ODI Player of the Year award in 2008 and 2009 (the first Indian player to achieve this feat), the Rajiv Gandhi Khel Ratna award and the Padma Shri, India’s fourth highest civilian honour in 2009. As of January 2010, Dhoni is the highest ranked ODI batsman on the ICC Rankings List.

He can be swashbuckling with the bat and secure with the wicket keeping gloves. His neck-length hair adds to his dash. Though Dhoni made his first-class debut in the 1999-2000 seasons, it was only in 2004 that he became a serious contender for national selection with some stirring performances when the occasion demanded. He was elevated to the vice-captaincy of the one-day squad for the tour of England and Ireland in 2007 and, soon after, was appointed captain of the Twenty20 squad for the World Championship in South Africa. He captained Chennai Super Kings in the IPL.

Virender Sehwag, Sehwag is an aggressive right-handed opening batsman and an occasional right-arm off-spin bowler. He played his first One Day International in 1999 and joined the Indian Test cricket team in 2001. In April 2009, Sehwag became the only Indian to be honored as the Wisden Leading Cricketer in the World for his performance in 2008.

Virender Sehwag has constructed an extraordinary career with a relentless quest, and a genius, for boundary hitting. With minimal footwork but maximum intent, he has piled Test runs at a faster pace than anyone in the history of cricket. Bowlers must always fancy their chances against a batsman who plays so many strokes; it’s just that Sehwag fancies his chances against them much more.

Piyush Chawla, Chawla returns to the Indian team after a gap of nearly two years, the 2008 Asia Cup in Pakistan being his last appearance. Chawla, who plays for Kings XI Punjab in the IPL, has done a decent job with the ball so far, which prompted the selectors to include him in the squad.

After a long time in the side-lines, when the likes of Amit Mishra and Pragyan Ojha overtook him in the Indian spinner stakes, Chawla made a surprise comeback to the side in 2010, when he was included for the World Twenty20.

Gautam Gambhir, Gambhir, who is carrying an injury, has been included in the squad and will partner his Delhi team-mate and vice-captain Virender Sehwag at the top of the order. The Arjuna Award winner, the ICC named him the Test player of 2009, but much more tellingly Sehwag called him the best Indian Test opener since Sunil Gavaskar. He is also the only Indian, and one of only four international cricketers, to have scored five hundreds in five consecutive test matches. He is captaining Delhi team in the IPL 3.

Yusuf Pathan, Yusuf Pathan first made his mark as a hard-hitting batsman and offspinner for the Baroda Under-16 team in the Vijay Merchant Trophy in 1999-2000. His impressive showings saw him quickly climb the rungs to the Baroda U-19 and the West Zone U-19 sides. He made his Ranji debut against Saurashtra in 2001-02, but it wasn’t until the 2004-05 season, by when younger brother Irfan Pathan was donning the national colours, that he established himself as a regular in the Baroda squad.

Harbhajan Singh, A player of passion, with talent to match, Harbhajan Singh is India’s most successful offspin bowler. Purists might mutter about a lack of loop and flight, but he is very much a product of his times where short boundaries, heavy bats and shorter forms afford little latitude to slow bowlers.

Ravindra Jadeja, An allrounder who bats left-hand and bowls orthodox spin, Ravindra Jadeja has been playing cricket since the age of ten. He was banned for the IPL-3 because of his involvement in unfair trade practice.

Zaheer Khan, like Waqar Younis a decade before, Zaheer Khan yorked his way into the collective consciousness of the cricket world: his performances at the ICC Knockout Trophy in Kenya in September 2000 announced the arrival of an all-too-rare star in the Indian fast-bowling firmament.

Suresh Raina, An aggressive young batsman who has dismantled bowling attacks across the country, the prodigious Raina puts people in mind of Yuvraj Singh. His outstanding batting performance took Chennai in to the semi final.

Praveen Kumar, had everything to become a domestic cricket legend: limited pace but ability to swing the ball both ways, persistence to bowl long spells, and an almost intuitive knowledge of how to take wickets on unresponsive Indian wickets. His performance in the IPL-3 was not so promising that is expected from him.

Rohit Sharma, oozes batting talent, malleable wrists, knack to find the gaps, and the extra half a second when he plays his shots. He first came to limelight when he exuded class at No. 3 in the Under-19 World Cup in Sri Lanka in 2006. His couple of good performances in IPL-3 raises the expectation from him for the world cup. He is useful middle order batsman and can deliver few good overs.

Yuvraj Singh, is looked upon as a strong, fearless natural destined for great things. Two months short of his 19th birthday, he made an almost messianic entry into international cricket, toppling Australia in the Nairobi Mini-World Cup in 2000-01. He would like to forgot his bad performance of the IPL-3 and would like to give same performance as done against England in first world cup. If Indian want to win this WC then he has to perform his best. 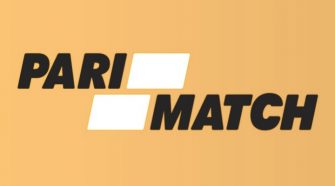 An overview of Parimatch